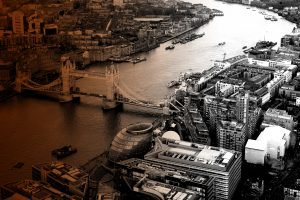 The arrests was made following an operation by the Met's Counter Terrorism Command (CTC).
A 27-year-old man was arrested in east London on suspicion of the commission, preparation or instigation of a terrorist act. He was detained under the Terrorism Act (TACT).

As part of the… Read more >

The client was brought before the Westminster Magistrates Court in answer to a conviction warrant from Romania for possession of false documents which had been concluded in his absence. The Crown had opposed bail stating… Read more >

David Prosser’s client acquitted at Bromley Magistrates Court of assault by beating contrary to section 39 of the criminal justice act 1988.  The client was alleged to have grabbed his wife by the throat and… Read more >

Redemption has always been an important part of our justice system; you do the crime, you do time. Once your debt is paid, you should then be free to start again, without forever being haunted… Read more >

Laws that criminalise unlawful violence date back to 1861 and are used every day in criminal courts to support prosecutions.
Despite what might appear to be an obvious legal position, the question is often asked as… Read more >

MK Law are acting for a Defendant charged with ‘Conspiracy to Cheat the Public Revenue’, contrary to section 1(1) of the Criminal Law Act 1977.

Further to the service of a detailed skeleton argument by advocate ,Robert Rye, for an application to dismiss on a charge of robbery.
The Crown were forced to offer no evidence on the case and the… Read more >

David Lynn Prosser appeared at Bromley Magistrates Court on 30th June 2017 for a client accused of ‘Assault By Beating’. It was alleged that the client had punched his wife to the chest on two… Read more >